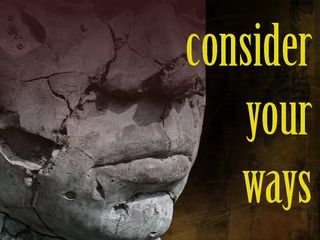 When you were young, who were your heroes?  Who did you want to become like? Who did you pretend to be? Whose posters adorned your bedroom walls?   As a child I can remember playing Cowboys and Indians and pretending to be the Lone Ranger. For some reason none of my friends wanted to be Tonto. Then it was Scott Tracy of Thunderbirds, then it was David McCullum as the Man from Uncle, then 007, James Bond. What about pop stars? Who did you idolise? While my mother probably wanted me to grow up to be like Cliff Richard, on a good day I presented to be Paul McCartney of the Beatles. On a bad day it was Mick Jagger of the Rolling Stones. But, strumming a tennis racket and growing my hair long didn’t make me a rock star.   In the 1970’s I graduated to the Beach Boys and even made myself a full sized surfboard at school but it didn’t float! In the 1980’s when Steve Ovette was competing against Sebastian Coe for an Olympic place, I bought myself a tracksuit and went through a jogging phase. My attempt to improve my fitness didn’t last more than a fortnight.  In the 1990’s when Tiger Wood was winning every golf tournament, I went and bought myself a new cap and putter to improve my game but it hasn’t worked, yet… I suspect I am not alone.

Aspiring to be like someone else is natural. Whether it’s a positive or negative role model seems to depend on whether you are a parent or a child. Did your parents ever encourage you to be like Jesus Christ?  The amazing truth is that God created you for nothing less than to become like Jesus Christ.

Haggai and Jesus: The Chosen Servant of the Lord from Stephen Sizer on Vimeo.

From the very beginning, God’s plan has been to make you like his Son, Jesus. This is your destiny and purpose. Rick Warren, in his book, The Purpose Driven Life, reminds us we were planned for God’s pleasure. We were formed for God’s family, and were created to become like Christ. This is our greatest privilege and our lasting motivation. That is why Sunday by Sunday we have been studying the Old Testament discovering that Jesus Christ is indeed in all the Scriptures. Jesus is central to every book of the Bible.

That is because God’s plan from the very beginning of creation has been that we come to know and love him through his Son, and that we become like him through His Spirit.

“For those God foreknew he also predestined to be conformed to the image of his Son, that he might be the firstborn among many brothers and sisters.” (Romans 8:29)

Today we come to the Book of Haggai something special about Jesus, but along the way we are also going to discover what a little motivation and prioritizing can do for an entire nation. Please turn with me to the Book of Haggai. By the way, the quickest way to find it, is to look in the index for the page number. You’ll get there quicker than the person sitting next to you just flicking through at random…
So what does Haggai have to teach us about the Lord Jesus? Before we answer that, lets explore the setting of Haggai’s four short prophecies. The destruction of the temple in Jerusalem by the Babylonian armies in 586 BC and the deportation of God’s people to Babylon marked the end of an era in Jewish national and religious life. As exiles in Babylon, the Jews were without a temple and without the means of sacrifice, so they could not maintain a right relationship with their God. But in 538 BC, Cyrus the king of Persia, allowed about 50,000 Jews to return to Jerusalem with Zerubbabel (Ezra 1:2-4; cf. Isa. 44:28). They were accompanied by Joshua the high priest and the Prophets Haggai and Zechariah. Two years later, in 536BC the foundation of the temple was laid to great excitement (Ezra 3:8-13; 5:16). However, the neighboring Samaritans harassed them and eventually pressure from Persia brought a halt to the rebuilding. For 16 long years, the people suffered, preoccupied with their daily existence, the temple remained unfinished and God’s blessing was absent.

This is a classic case of collective and prolonged discouragement.

Discouragement is Universal
One in four of us will suffer from depression this year. But everyone of us gets discouraged sooner or later. I know I do. I am sure you do. We all do. Its universal.

Discouragement is Recurring
You get multiple opportunities to become discouraged every day. It’s universal. It’s recurring.

Discouragement is Contagious
In fact it is highly contagious. My discouragement will infect you and vice versa. It rubs off.

Because here is good news. Discouragement is curable. After 16 long years, in 520 BC, God inspired Haggai to motivate the Jews to begin rebuilding the temple again (Ezra 5:1-2; Hag. 1:1). His four messages are the most precisely dated in the entire Old Testament. They were given during a four-month period from August to December in 520 BC. Haggai’s assignment was to motivate the leaders and inspire the people to complete the work on the Temple in order to enjoy God’s continued provision and blessing. God inspired Haggai to diagnose the problem and prescribe the remedy. The prophecies of Haggai illustrate both the causes and cures for discouragement. There were three reasons the work had stopped. These are three of the most common and universal ailments that debilitate, demoralize and discourage people the world over. What were they? I call them the three D’s.

“This is what the Lord Almighty says: ‘These people say, “The time has not yet come to rebuild the Lord’s house.”’ Then the word of the Lord came through the prophet Haggai: ‘Is it a time for you yourselves to be living in your paneled houses, while this house remains a ruin?’” (Haggai 1:2-4)

The people had returned from the exile intending to rebuild the temple. They had begun but opposition arose and the work slowed down. The people began to care more about themselves than God’s house. There was a disinterest in spiritual priorities.
Now I think the application here is pretty obvious. In your list of priorities for the Autumn, where does the Lord fit, against say the new house extension, the next car, the foreign holiday or major expenditure? How does Haggai redirect the people to put God first?

“‘Give careful thought to your ways. You have planted much, but harvested little. You eat, but never have enough. You drink, but never have your fill. You put on clothes, but are not warm. You earn wages, only to put them in a purse with holes in it.” (Haggai 1:4-6)

Notice verse 7, the Lord repeats himself, ‘Give careful thought to your ways.’ He is saying,

‘Reflect on the cause of your impoverished lives.’

“Go up into the mountains and bring down timber and build my house, so that I may take pleasure in it and be honoured,’ says the Lord. ‘You expected much, but see, it turned out to be little. What you brought home, I blew away. Why?’ declares the Lord Almighty. ‘Because of my house, which remains a ruin, while each of you is busy with your own house. Therefore, because of you the heavens have withheld their dew and the earth its crops… on people and livestock, and on all the labour of your hands.’” (Haggai 1:7-11)

When they obeyed the Lord he made them a promise.

The answer to disinterest? Put God first, prioritize his work and he promises “I am with you”! Disinterest in spiritual priorities.

“Who of you is left who saw this house in its former glory? How does it look to you now? Does it not seem to you like nothing?” (Haggai 2:3)

The second problem was discouragement. Some of the older exiles could remember the temple of Solomon, from when they were children. They felt the new temple was nothing compared with the glory of Solomon’s. Their discouragement infected the young, and only a month later the work ground to a halt once again. So how does the Lord deal with their discouragement? In the short term he insists,

Then more long term, he promises,

Here was see the first reference to the Lord Jesus. In John 12, God the Father speaks of his glory revealed in His Son and the Lord Jesus describes himself as the Passover sacrifice.

“Then a voice came from heaven, “I have glorified it, and will glorify it again.” The crowd that was there and heard it said it had thundered; others said an angel had spoken to him. Jesus said, “This voice was for your benefit, not mine. Now is the time for judgment on this world; now the prince of this world will be driven out. And I, when I am lifted up from the earth, will draw all people to myself.” (John 12:28-32)

The Temple was needed so that sacrifices could be offered once again, sin atoned for, God’s presence secured, God’s blessings bestowed, God’s peace experienced, until the day the Lord Jesus would come and fulfill this prophecy, fulfill the purpose of the temple, fulfill the role of the High Priest and take the place of the Passover Lamb, the atonement sacrifice. Their disinterest was redirected by emphasizing God’s priorities. Their discouragement was resolved by highlighting God’s purposes.

The third problem that Haggai confronts is that of dissatisfaction (2:10-23). Now that the people were working, they expected to make up for the years of inactivity by hard work. Then the prophet asks the priests a question (2:12,13) about clean and unclean things and their reciprocal influence. The answer of the priests is that uncleanness is contagious, while holiness isn’t. The lesson is obvious: don’t expect the work of three months to compensate for sixty years of negligence. God’s answer to their dissatisfaction comes in verse 19: “But from this day on I will bless you” (2:19). The people must understand that the blessing of GOD can’t be bought, or earned, or achieved by good works, even building the temple. It is a free gift from a merciful God. And here in the closing prophecy, we have an insight into the Messiah.

The Lord describes Zerubbabel as his ‘signet ring’. The ring was a sign of authority. Given the apocalyptic language here and with the help of the Gospels, we see this clearly would have its highest and most definitive expression in the son of Zerubbabel, the Lord Jesus. There is a clear parallel between this promise of Haggai and God’s message when Jesus was baptized.

“As soon as Jesus was baptized, he went up out of the water. At that moment heaven was opened, and he saw the Spirit of God descending like a dove and alighting on him. And a voice from heaven said, “This is my Son, whom I love; with him I am well pleased.” (Matthew 3:16-17)

If you are feeling disinterested in God, if you are discouraged by the challenges you face or dissatisfied by your spiritual progress remember God’s call in your life to become like Jesus. When we focus on our God-given priorities, when we join hands and work together fulfilling our God’s purposes and as we encourage one another with God’s precious promises, we will make a difference in the lives of many other people that will endure for eternity. The glory of the past is nothing compared to the glory that will be revealed. Jesus is indeed the ‘desire of the nations’

One of my favourite Christmas Carols is ‘Hark the Herald Angels Sing’. These days we usually sing it with three verses but Charles Wesley wrote a fourth and it draws upon this prophecy of Jesus in Haggai:

Come, Desire of nations, come!
Fix in us Thy humble home:
Rise, the woman’s conqu’ring seed,
Bruise in us the serpent’s head;
Adam’s likeness now efface,
Stamp Thine image in its place:
Final Adam from above,
Reinstate us in Thy love.