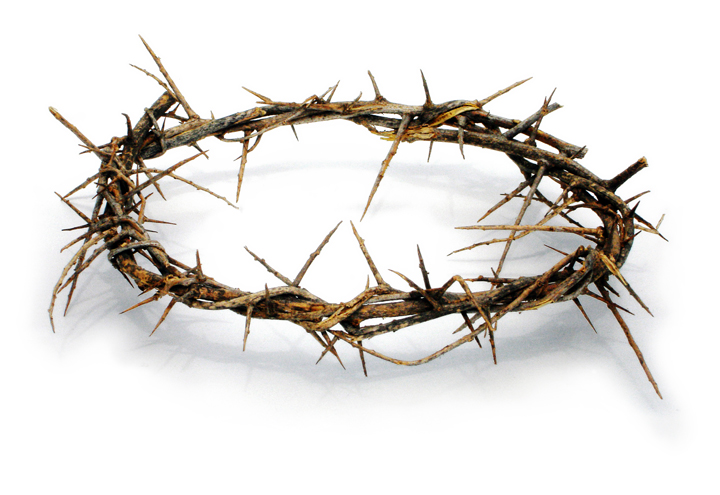 I am sure you have been appalled at the violence we have witnessed in the Middle East this week. One of the first and most perceptive challenges to the makers of the provocative film “Innocence of Muslims”, comes from a fellow evangelical pastor and film maker, Steve Martin. On his blog The New Evangelical Partnership for the Common Good, he writes,

“I have no sympathy for anyone who would assassinate a US ambassador. But I have even less sympathy for filmmakers who spread hatred and for pastors who knowingly incite violence.”

“Which is the true story of America? Is it that of hatred that stokes violence, or of friends who join hands across religious lines to work for the good of all? Those who attacked Amb. Stevens, thanks to sociopaths like Terry Jones and filmmaker Sam Bacile, believe we are a violent people bent on domination. Sadly, there is some truth to that perception. But I believe that goodness and love is the true story of America, and certainly of the Evangelical community. Goodness and love, however, rarely make good news. It’s time that they do.”

Jesus is the King of the Jews from Stephen Sizer on Vimeo.

While the film “The Innocence of Muslims” which denigrates Mohammed, continues to inflame tensions across the Middle East, another incident this week typifies how some Jewish fundamentalists portray Jesus. Vandals from an illegal Jewish settlement near Jerusalem set fire to the entrance door of the Latrun Monastery early Tuesday and spray-painted slogans like “Jesus is a monkey”.

These Sunday mornings through the Autumn, we are exploring John’s Gospel discovering that Jesus is indeed God’s love in person. So far we have discovered from John 1, that Jesus is nothing less than God on earth and that Jesus is the Lamb of God, the one who takes away our sin. Today I want us to realise that Jesus is also the Jewish Messiah.

As we sit at the feet of the Master, notice three parts:

In each encounter we discover more about Jesus. In each we discover how to share Jesus with others.

“The next day John was there again with two of his disciples. 36 When he saw Jesus passing by, he said, “Look, the Lamb of God!” 37 When the two disciples heard him say this, they followed Jesus.” (John 1:35-36)

John describes Jesus here as the Lamb of God. At Passover each family would bring a lamb to atone – to hide their sin temporarily, from before God’s eyes. Until the next annual sacrifice.  But here John describes Jesus as The Lamb of God who takes away the sin of the world. Not just hides, not just covers but literally takes away. And not just Israel’s but also the sins of the whole world. No wonder the disciples who heard John say this, followed Jesus.

“Turning around, Jesus saw them following and asked, “What do you want?” They said, “Rabbi” (which means “Teacher”), “where are you staying?” “Come,” he replied, “and you will see.” So they went and saw where he was staying, and they spent that day with him. It was about four in the afternoon. Andrew, Simon Peter’s brother, was one of the two who heard what John had said and who had followed Jesus.” (John 1:38-40)

Notice how Jesus responds when they begin to tag along. He simply asks “What do you want?” Why are you here?  Why are you here? Because someone brought you? Because you’ve got nothing better to do? Because it is expected of you? Or because you want to find out more about Jesus?

Andrew and John, spend the day with Jesus – talking, listening, eating, resting. That is all it takes. See the impact.

“The first thing Andrew did was to find his brother Simon and tell him, “We have found the Messiah” (that is, the Christ). And he brought him to Jesus. Jesus looked at him and said, “You are Simon son of John. You will be called Cephas” (which, when translated, is Peter). (John 1:41-42)

After spending an ordinary day with Jesus, what is ‘the first thing’ Andrew does? He finds his brother Simon and tells him, “We have found the Messiah”” (John 1:41). Notice the sequence.

Jesus is recognized as the Jewish Messiah. And so far he has three disciples. What happens next?

2.  Jesus is declared to be the King of Israel

“The next day Jesus decided to leave for Galilee. Finding Philip, he said to him, “Follow me.”  Philip, like Andrew and Peter, was from the town of Bethsaida.” (John 1:43-44)

On this occasion, the challenge comes from Jesus. “Follow me.” A simple, clear, personal, direct, command. “Follow me.” Philip obeyed. What happened next?

“Philip found Nathanael and told him, “We have found the one Moses wrote about in the Law, and about whom the prophets also wrote—Jesus of Nazareth, the son of Joseph.” “Nazareth! Can anything good come from there?” Nathanael asked. “Come and see,” said Philip.” (John 1:45-46)

How does Philip describe Jesus? As someone who can be positively identified by his location – Nazareth, by his reputed father – Joseph, but above all, by the Scriptures. The first disciples identified Jesus as the Messiah.

Their heritage was rooted in the Hebrew Scriptures, in God’s self revelation, and in his repeated promises to send a deliverer, a Saviour, a Redeemer. They recognized Jesus because they realized the Scriptures pointed to him.

In the evenings we are continuing our popular sermon series “Christ in all the Scriptures” and tonight Tim is preaching his last sermon on Jesus in the Song of Songs.  The purpose of the series is to show that Jesus is central to the Old Testament.

It is fascinating to note that in John 1:21 there is an allusion to Deuteronomy 18:15-19 and verse 51 alludes to Genesis 28. The point is, the coming to earth of the Messiah, the Son of the Living God, was not an accident. It was not unexpected. It was not a surprise. When Nathaniel hesitates and argues with Philip, how does he respond? Philip says the same thing Jesus said,  “Come and see” (John 1:39). On another occasion. Jesus would invite all in the Temple “Come to me and drink” (John 7:37), and later to his disciples by the shore of Galilee “Come and have breakfast” (John 21:12). “Come” is the great invitation to experience God. Notice the steps Philip took.

“When Jesus saw Nathanael approaching, he said of him, “Here truly is an Israelite in whom there is no deceit.” “How do you know me?” Nathanael asked. Jesus answered, “I saw you while you were still under the fig tree before Philip called you.” Then Nathanael declared, “Rabbi, you are the Son of God; you are the king of Israel.” (John 1:47-49)

When Nathaniel came to Jesus, he discovers that the Lord already knows all about him. What a shock. Nathaniel moves from bring a doubting skeptic to a convinced believer within minutes of meeting Jesus. In one sentence, Nathaniel acknowledges Jesus to be:

This was no small step. For a devout Jew to declare that another human being was not only the king of Israel but divine as well was utterly remarkable. As significant as when a Muslim or a Jew recognises that Jesus is not merely a prophet but the Son of God. Jesus is recognized as the Jewish Messiah. Jesus is declared to be the King of Israel. Finally,

3.  Jesus himself attests to being the Son of Man

“Jesus said, “You believe because I told you I saw you under the fig tree. You will see greater things than that.”  He then added, “Very truly I tell you, you will see ‘heaven open, and the angels of God ascending and descending on’ the Son of Man.” (John 1:50-51)

“Son of Man” was our Lord’s favourite title for himself. He uses it 83 times in the gospels. Although on the surface an innocuous humble title, it actually speaks of both his deity and humanity. The term “Son of Man” is taken from a vision in Daniel 7. Let me read it to you.

“In my vision at night I looked, and there before me was one like a son of man, coming with the clouds of heaven. He approached the Ancient of Days and was led into his presence.  He was given authority, glory and sovereign power; all nations and peoples of every language worshiped him. His dominion is an everlasting dominion that will not pass away, and his kingdom is one that will never be destroyed.” (Daniel 7:13-14)

Jesus links Daniel’s “Son of Man” to the dream of Jacob’s ladder in Genesis 28. Jacob sees a stairway from heaven to earth with angels ascending and descending.  Jesus says “I am the ladder”. He is God’s mediator between heaven and earth. Jesus is nothing less than the bridge between heaven and earth. Collectively, the experiences of John the Baptist, and of Andrew, Peter, John, Philip and Nathaniel, together, give us an awesome picture of Jesus:

No wonder the first disciples are eager to tell their friends.
What can we learn from them? It is really quite simple and rather unsophisticated.

Why? Because they had met the Lord Jesus Christ.

They could not help but tell others about Jesus.

This is why young Christians are often most effective in bringing their friends to Jesus. Why?

If you want to become more fruitful in leading others to Jesus, you don’t necessarily need lots of training. There is a much simpler more natural way. Peter wrote,

“Always be prepared to give an answer to everyone who asks you to give the reason for the hope that you have. But do this with gentleness and respect.” (1 Peter 3:15).

Or does it? That’s only half the verse. The verse begins,

“But in your hearts revere Christ as Lord. Always be prepared to give an answer to everyone who asks you to give the reason for the hope that you have. But do this with gentleness and respect” (1 Peter 3:15)

We tend to put the emphasis on being ready and knowing what to say, but Peter, perhaps remembering his first encounter with Jesus says “revere Christ as Lord….” If you want to lead people to Jesus, there is no substitute for a regular quiet time, alone with Jesus, listening to God’s word, talking to Jesus in prayer. There is no substitute for meeting weekly with Jesus and his family in a Bible study group and on Sundays.

If you want to be fruitful, spend time with Jesus and others will know you have been with Jesus. “Come and see” is the most effective invitation I know. Then watch Jesus do his transforming work in your friends and family.

In the Acts of the Apostles, what was it that confounded the religious authorities?

“When they saw the courage of Peter and John and realized that they were unschooled, ordinary men, they were astonished and they took note that these men had been with Jesus.” (Acts 4:13).