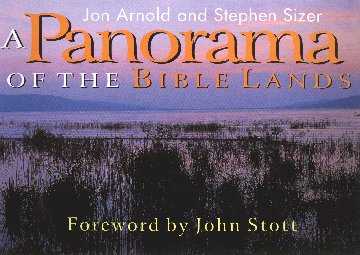 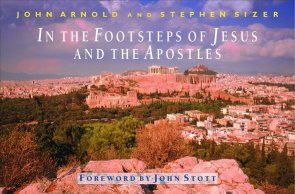 "I am glad to commend Stephen Sizer's ground-breaking critique of Christian Zionism. His comprehensive overview of its roots, its theological basis and its political consequences is very timely. I myself believe that Zionism, both political and Christian, is incompatible with biblical faith. Stephen's book has helped to reinforce this conviction." Revd John Stott, Rector Emeritus, All Soul's, Langham Place, London, the principal framer of the Lausanne Covenant (1974) and founder of the Langham Partnership International (author of more than 40 books including Basic Christianity, The Cross of Christ, The Contemporary Christian, Evangelical Truth and New Issues Facing Christians Today, and eight New Testament expositions (Acts, Romans etc.) in the 'Bible Speaks Today' series published by IVP).

The Living Stones of the Middle East
Christian Zionism: Its History, Theology and Politics
The Toronto Blessing and the Prosperity Gospel-Faith Movement

The Living Stones of the Middle East


A Review of Naim Ateek's book, A Palestinian Christian Cry for Reconciliation

American Apocalypse. Why are some Christian's anxious for Armagfeddon? Published in Plain Truth May-June 2007.

Jesus and other Faiths. a paper delivered at the Oxford Diocesan Curates Conference, (in a debate with Marcus Braybrooke) April 2007

Justice in the Eyes of Jesus, A paper delivered at a conference of Evangelicals and Muslims, Chicago, November 2006

Jerusalem Declaration on Christian Zionism A Declaration by the Patriarch and Heads of Churches in Jerusalem, August 2006.

Chaos and Carnage in Lebanon: Editorial Bias in the Church of England Newspaper, July 2006.

Morally Responsible Investment: The Church of England and Caterpillar

Captain America and the Crusade against Evil by Robert Jewett & John Shelton Lawrence. A Book Review for Anvil, August 2005

For Zions Sake: The Judeo-Christian Tradition in American Culture by Fuad Shaban. A Book Review for the Journal of Holy Land Studies, September 2005

Israel : The Mystery of Peace by Julia Fisher : A Book Review for Evangelicals Now, May 2004.

The Premised Land: How my views about Israel and Palestine have changed A chapter in 'They Saw and Believed', edited by the Revd Dr Michael Prior, publised by Melisende (2000).

The Ethical Challenge of Managing Pilgrimages to the Holy Land
Paper delivered at the Christian Resources Exhibition, Sandown Park, Surrey, May 2000 and the Living Stones Annual Conference, May 2000.

Al Nakba: The Palestinian Tragedy A lecture given at the Rediscovering Palestine 2000 Festival, All Hallows on the Wall, London, 9th September and again at Rubery, Birmingham, 16th September 2000.

The Weekend that Changed the World: The Mystery of Jerusalem's Empty Tomb
by Peter Walker, a book review

Barak and the Bulldozers of Bethlehem
A series of interviews with Christians in Palestine with an evaluation of the recent Israeli elections, published in Evangelicals Now, August (1999)

Holy Land 2000 Pilgrimage 21-29th October 2000. Visits will be made not only to important Biblical sites but also to meet the Living Stones. You are invited to join this special tour from Virginia Water

The Christians of the Holy Land: Do They Have a Future? Lecture given at Chester Cathedral, 11th November 1999

Responsible Tourism: The Ethical Challenges of Managing Pilgrimages to the Holy Land Doctoral thesis by explication awarded by International Management Centres in 1998, earning Keris award of 'International Doctoral Graduate of the Year'

Pilgrimages to the Holy Land: The Ethical Challenges
Paper delivered on the MCB Ethics in Tourism Global Internet Conference (1998)

The Bible Chronicle:
by Derek Williams. A book review for Eagle Publishers.

Review of 22 Guide Books to the Holy Land
Published in 'A Third Millennium Guide to Pilgrimage in the Holy Land', published by Melisende (2000).

The Mountain of the Wall, The Battle for Jerusalem.
Published in Evangelicals Now, May (1997) and the Church Times March (1998)

Render to Caesar: The Politics of Pilgrimage Tourism to the Holy Land. Published in the International Journal of Contemporary Hospitality Management Vol. 10, No. 1 (1998)

Pilgrimages to the Holy Land.
Seminar given at the International Living Stones Conference, London. 21st June 1997

When will the Children of Abraham find their Peace? (1996)

Pilgrims and Peacemakers by Garth Hewitt: A Review. Published in the Church of England Newspaper. 2nd February (1996).

Where to find Christ in the Promised Land.
Published in Evangelicals Now, October (1996)

Melanie Phillips and the New Axis of Evangelicals and Islamists. A response to the Spectator, March 2009

The Restoration of Israel by Gerhard Falk: A review for the Catholic Historical Review, August 2008

Jerusalem Declaration on Christian Zionism A Declaration by the Patriarch and Heads of Churches in Jerusalem, August 2006

Statement by the Institute for the Study of Christian Zionism: August 2006 challenging Christians United for Israel

Captain America and the Crusade against Evil by Robert Jewett & John Shelton Lawrence. A Book Review for Anvil, August 2005

For Zions Sake: The Judeo-Christian Tradition in American Culture by Fuad Shaban. A Book Review for the Journal of Holy Land Studies, September 2005

Whose Land, Whose Promise? by Gary Burge : A Book Review for Evangelicals Now, May 2004.

Israel : The Mystery of Peace by Julia Fisher : A Book Review for Evangelicals Now, June 2004.

The International Christian Embassy, Jerusalem: A Case Study in Political Christian Zionism Published in Speaking the Truth about Zionism and Israel (London, Melisende, 2004).

Christian Zionism and the Destruction of Al Quds Paper delivered to the Institute of Islamic Studies, London, International Conference on Jerusalem, March 2003

The Hermeneutics of Christian Zionism Critiqued

The Jewish Temple within Christian Zionism. Based on a paper delivered to the Tyndale Biblical Studies Conference, Cambridge University, July 2001, to be published by Paternoster Press.

Zionism and the State of Israel, A Moral Inquiry by Michael Prior and published by Routledge (1999). A book review, published in Evangelicals Now, September (2000)


An Alternative Theology of the Holy Land: A Critique of Christian Zionism
Written for The Churchman, June (1999)

A History of Dispensational Approaches
Lecture given to the Tyndale Fellowship Theology of the Land Conference May (1999) and as the Annual Wesley Gilpin Lecture at Regents College, Nantwich, February (2000) Published in The Land of Promise (IVP, Leicester, 2000).

Barak and the Bulldozers of Bethlehem
A series of interviews with Christians in Palestine with an evaluation of the recent Israeli elections, published in Evangelicals Now, August (1999)

The Mountain of the Wall, The Battle for Jerusalem.
Evangelicals Now, May (1997) and reprinted as Building Site Shatters Peace: Stephen Sizer explains the background to Robin Cook's visit to the disputed fields of Har Homa. Church Times, 20 March (1998)


A theological examination of the roots, teaching and manifestations of the Toronto Blessing, and its connection with the Faith Movement and the so-called 'prosperity gospel'.

1: Introduction
2: The Roots of Toronto
3: The Phenomena Associated with Toronto
4: "Holy Laughter" and Rodney Howard-Browne
5: "The Roaring Lion" and Marc Dupont
6: "Spiritual Warfare" and David Yonggi Cho
7: How Should We Respond to Error?
8: Gamaliel - A Model of Godly Wisdom?
9: The Marks of the Cults
10: Conclusions
Appendix 1: Some Heresies of the "Faith Teachers"
Bibliography

A Breath of Fresh Air:
by Mike Fearon. A book review for Evangelicals Now, April (1995)

The Toronto Blessing A Renewal from God?
by Gary McHale and Michael Haykin. A book review for Evangelicals Now, September (1995).

Pawson with Caution:
'Is the Blessing Biblical?' by David Pawson. A book review for Evangelicals Now, December (1995)

The Confusing World of Benny Hinn
by Richard Fischer and Kurt Goedelman. A book review for Evangelicals Now, May (1996)

The Toronto Blessing : A Sub-Christian Movement, published in Toronto in Perspective by the Evangelical Alliance and Paternoster Press (2001)