Like other Western colonial-settler experiments, for over 70 years, Zionists have been systematically erasing the culture and history of indigenous Palestinians to justify their forced removal and the theft of their land. Ilan Pappe, in his book The Ethnic Cleansing of Palestine, calls this ‘memorocide’ and in The Palestine Nakba, Nur Masalha elaborates,

This is why books such as Ancestral Journeys and Western Missions are so vital in recording the memories and eyewitness accounts of Arabs and Palestinians who experienced the arrival of Western colonialists to the Middle East, were co-opted into their wars, witnessed the rise of Zionism and then became refugees in the Palestinian Nakba.  Anita Damiani-Shanley’s book will most certainly help perpetuate their heritage and rightful historic claim to Palestine.

Ancestral Journeys is however much more than the story of two families, one Arab and the other Scottish joined in marriage. It traces the influence of missionaries, archaeologists, traders and colonialists competing with each other for a share of the Near East as the Ottoman Empire met its demise. Richly illuminated with family photos, the three main chapters trace the ancestral journeys of Damiani-Shanley’s extended family from Scotland and Lebanon to Iraq and then to Palestine. A fourth chapter traces the role of the Anglican Church in Palestine.

END_OF_DOCUMENT_TOKEN_TO_BE_REPLACED Our reading today is from 1 Corinthians 13, the famous “love” chapter. This is probably the most widely read passage at weddings. True, it’s the most beautiful description there is in Scripture about love – yet the context of the passage is not about marriage. It is about serving one another and when you think about it, that is what marriage is really all about.
I’d like us to examine this passage under three headings: 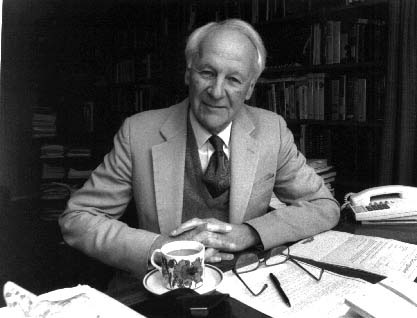 John Stott will long be remembered as a pastor and teacher and inspirational leader within the Anglican evangelical community for over 65 years. Less well known is the courageous stand John took on the need for justice and peace in the Middle East. John kindly wrote the foreword to In the Footsteps of Jesus and the Apostles and allowed his sermon on ‘the Place of Israel‘ to be included in Zion’s Christian Soldiers He also wrote this gracious commendation of Christian Zionism

“I am glad to commend Stephen Sizer’s ground-breaking critique of Christian Zionism. His comprehensive overview of its roots, its theological basis and its political consequences is very timely. I myself believe that Zionism, both political and Christian, is incompatible with biblical faith. Stephen’s book has helped to reinforce this conviction.”

To make John’s views on the Place of Israel more widely known I am reproducing his sermon here:  END_OF_DOCUMENT_TOKEN_TO_BE_REPLACED “When the angels had left them and gone into heaven, the shepherds said to one another, “Let’s go to Bethlehem and see this thing that has happened, which the Lord has told us about.” 16 So they hurried off and found Mary and Joseph, and the baby, who was lying in the manger.
17 When they had seen him, they spread the word concerning what had been told them about this child, 18 and all who heard it were amazed at what the shepherds said to them. 19 But Mary treasured up all these things and pondered them in her heart. 20 The shepherds returned, glorifying and praising God for all the things they had heard and seen, which were just as they had been told. 21 On the eighth day, when it was time to circumcise the child, he was named Jesus, the name the angel had given him before he was conceived.” (Luke 2:15-21)

There is one word that best describes the night the Lord Jesus was born – ordinary. The sky was ordinary. An occasional gust stirred the leaves and chilled the air. The stars were like diamonds sparkling on black velvet. Fleets of clouds floated in front of the moon. It was a beautiful night – a night worth peeking out of your bedroom window to admire – but not an unusual one. No reason to expect a surprise. Nothing to keep you awake. An ordinary night with an ordinary sky. The sheep were ordinary too. Some fat. Some scrawny. Some with barrel bellies. Some with twig legs. Common animals. No fleece made of gold. No history makers. No blue-ribbon winners. They were simply sheep – sleeping silhouettes on a hillside. And the shepherds? Peasants they were. Ancestors of today’s Bedouin. Wearing all the clothes they owned. Smelling like sheep and looking just as woolly. True they were conscientious, and hardy as well, to spend every night outside guarding their flocks. But you won’t find their staffs in a museum. You won’t find their writings in a library. No one asked for their opinion on social justice or the meaning of the Torah.  They were anonymous, simple, ordinary people.

END_OF_DOCUMENT_TOKEN_TO_BE_REPLACED I was recently invited to give a series of lectures in a dozen or so universities across Iran and dialogued with Islamic scholars in Qom. The Q&A session after each presentation was a lively affair – longer in fact than my presentations. The most frequently asked question concerned the reliability of the Bible. What did I think about Dan Brown’s book, The Da Vinci Code?  Apparently more than a billion people worldwide believe the views popularized in the Da Vinci Code.
They believe the message of the Bible has been corrupted and distorted, that Jesus is not the Son of God, but a prophet and that he did not die on the cross or rise from the dead.
They believe that in 325AD the Emperor Constantine commissioned the writing of the New Testament we now have which portrays Jesus as a divine figure. Dozens of other “gospels” were censored or destroyed. Constantine actually summoned the Council of Nicaea to end disunity caused by the Arian controversy. Arius taught that although Jesus was the Son of God, he was less than the Father. The Council was attended by around 300 bishops. The Arian Creed was soundly rejected. The Nicene Creed was accepted by 298 Bishops.  2 were against. (i.e., over 99% in favour). The Council of Nicaea recognized Jesus as “begotten not made, of the same substance (homousios) as the Father.”

END_OF_DOCUMENT_TOKEN_TO_BE_REPLACED

A sermon by Richard Bewes, Rector Emeritus, in our series on the privileges of Church Membership Apart from treason, membership of this exclusive club has been handed down from father to son since the 14th Century. Membership of what is probably the second oldest club in Britain carries with it certain privileges. Besides a title, there is the right to be excused jury service, from serving as a witness, and – very usefully – freedom from arrest in civil cases.  These are just some of the perks. A 24 hour members-only bar, a free parking place in central London and residence in one of the most sought after postcodes in Britain go with it as well.  Since 1999, when the membership criteria were relaxed and it was possible for literally anyone to buy their way in, things seem to have gone downhill. And with a threatened Brexit rebellion this week, the future of a hereditary House of Lord’s is once again being threatened. Presently, all peers are appointed by political parties, apart from the 92 hereditary peers who survived the first phase of Lords reform, along with 24 Church of England Bishops and the Law Lords. Membership of the oldest club in Britain has never been something you could earn, or buy or indeed ever deserve for public service. That is because the word ‘membership’ is of Christian origins.